This season has witnessed an unusually early advent of mango varieties in the market, with some locations having them available as early as March. But along with this availability and plenitude, we also have the suspicion of chemical ripening of these mangoes with calcium carbide. Industrial-grade calcium carbide may also contain traces of arsenic and phosphorus, besides also being suspected to be  carcinogenic, which makes it a human health concern. The use of this chemical for this purpose is illegal in most countries.

Mangoes naturally ripen due to enzymes present in them post-harvest. Sometimes, however, they are harvested prior to full ripening and are shipped, and chemically ripened post shipment due to logistics issues of ripened fruits and economic factors. Calcium carbide when used for ripening reacts with moisture from the mangoes to release acetylene, which ripens the mangoes.

A client walked into Ramaiah Advanced testing Laboratory with six varieties of mangoes purchased from six different outlets and wanted them tested for chemical ripening. Our team of research scientists used direct gas stripping technology to draw out the acetylene (if present) from about 15 – 20 locations on the fruit itself just beneath the skin surface. The samplings were then tested for the presence of calcium, arsenic, phosphorus and acetylene using ICP-OES for the first three metals and GC-FID for acetylene.

The representative pooled sample of one of the six mangoes tested had a peak at a retention time (RT) that was identical to that of Acetylene Reference Standard leading us to conclusively infer that calcium carbide was in fact used for its ripening. None of the six samples however, had detectable levels of calcium, arsenic or phosphorus. The method was conclusive and absolute as it directly estimates Acetylene Gas itself on the fruit instead of the indirect methods currently in vogue.

We would, however like to add that all mangoes may not be ripened chemically. As a general rule of thumb, mangoes that have a uniform coloration without patches of green or dark spots and no strong, fresh aroma of a ripe fruit can be taken to have been ripened artificially. These fruits will also not taste uniformly sweet and spoil quickly. 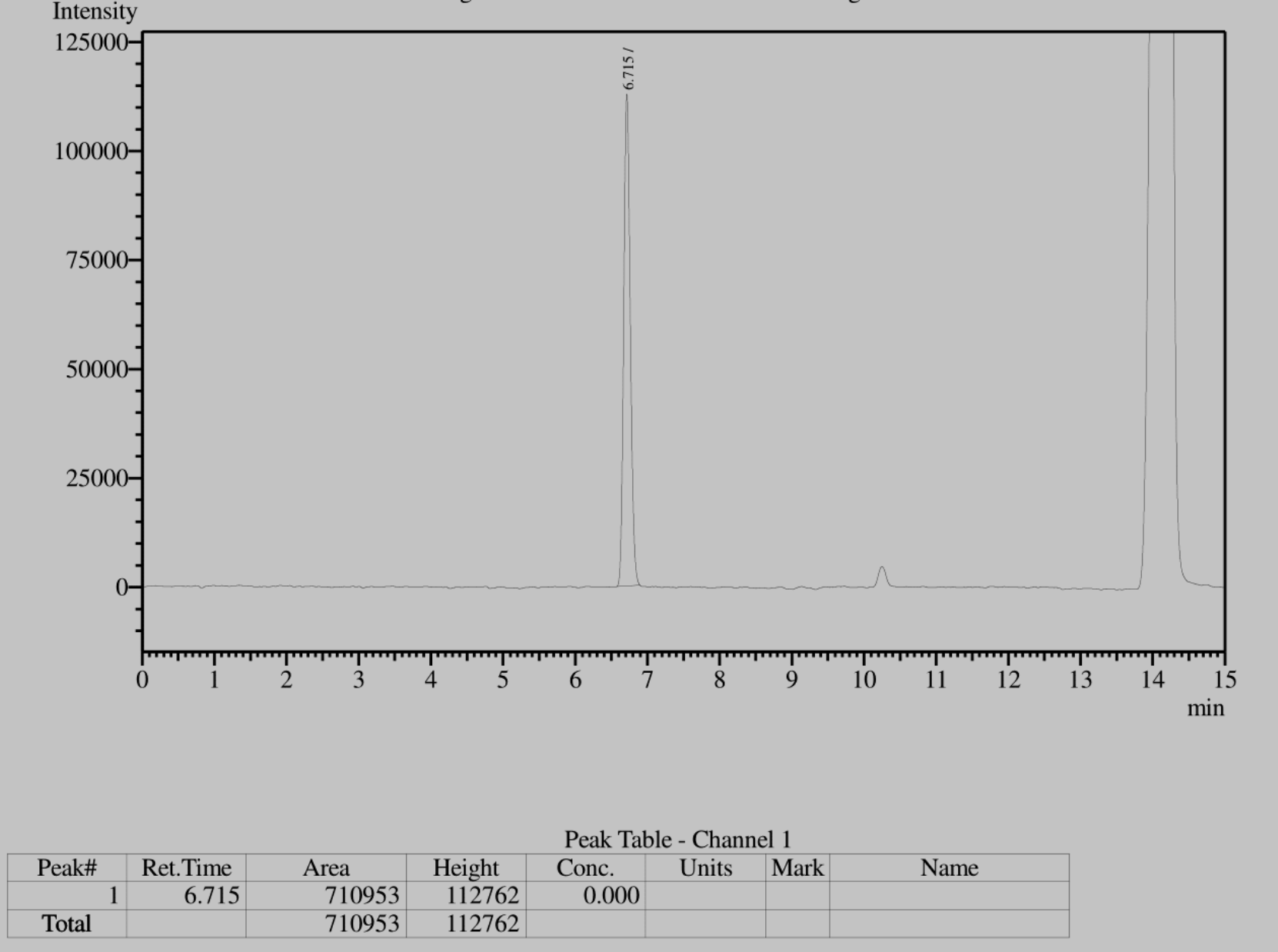